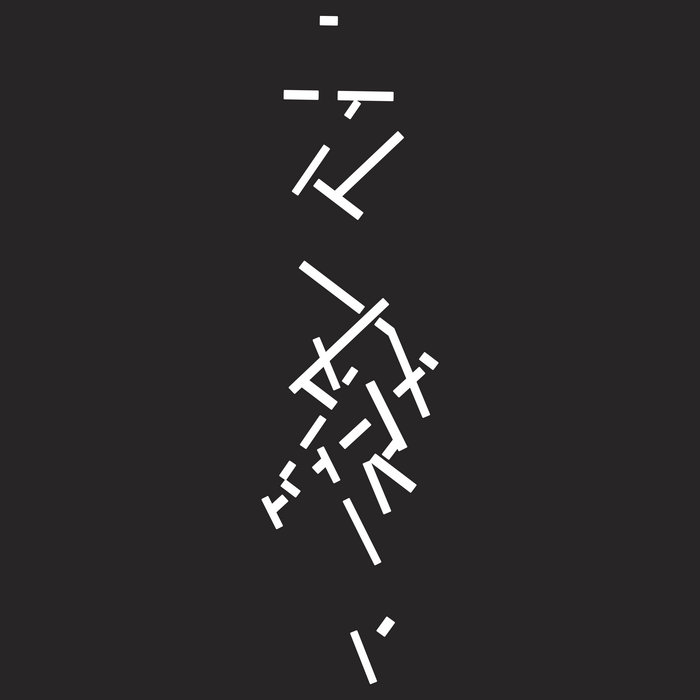 Selected Early Keyboard Works is the first in a series of planned archival records of the unheard music of Swedish composer, philosopher, poet, mathematician, and visual artist Catherine Christer Hennix, co-released by Blank Forms Editions and Empty Editions. It comes hot on the heels of Traversée Du Fantasme at the Stedelijk in Amsterdam, Hennix’s first solo museum exhibition in over 40 years, and coincides with both Blank Forms’ publication of Poësy Matters and Other Matters, a two-volume collection of her writing, and the closing of Thresholds of Perception, a retrospective archival show of Hennix’s visual work at The Empty Gallery in Hong Kong. The record also marks the first time Hennix’s own music has been given a full-length vinyl issue.

In 1976 Catherine Christer Hennix’s just intonation live-electronic ensemble The Deontic Miracle performed Hennix’s original compositions, alongside works by La Monte Young, Terry Riley, and Terry Jennings, as part of Brouwer’s Lattice at the Moderna Museet in Stockholm. Culled from rehearsal tapes recorded during the 10-day Dream Music Festival, Selected Early Keyboard Works features three pieces of minimal music, performed by Hennix on tunable electric keyboards. “Mode nouvelle des modalités,” for well-tuned just intonation Fender Rhodes and sine wave drone, is a consummate expression of Hennix’s formative years, a probing meditation giving the mercurial quality of early electronic music an instrumental life replete with the dexterity of Cecil Taylor and shades of Paul Bley’s synthesized reveries. “Equal Temperament Fender Mix,” performed on the same Rhodes but in twelve-tone equal temperament tuning, employs a tape delay system not unlike that used famously by Terry Riley, here towards more sombre, hallucinatory means. Hennix is joined by Hans Isgren for the collection’s centerpiece, “The Well-Tuned Marimba,” for well-tuned Yamaha, sheng, sine wave, and live electronics. Using the same approach and just intonation keyboard featured on Hennix’s The Electric Harpsichord, but with marimba in place of harpsichord stops, the piece is an undulating marvel of lysergic drone, equally deserving of its companion’s status as “THE obscure masterpiece of the days of the early American minimalism”. Now accessible for the first time, these recordings only begin to fill gaps of silence from a figure whose work has until recently remained flickering at the margins of some of the most enduring cultural developments of the 20th century.

Catherine Christer Hennix (b. 1948) started her creative career playing drums with her older brother Peter growing up in Sweden where she saw jazz luminaries such as John Coltrane, Eric Dolphy, Dexter Gordon, Archie Shepp, and Cecil Taylor perform at the Golden Circle. Directly after high school, Hennix went to work at Stockholm’s pioneering Elektronmusikstudion (EMS), where she helped develop early synthesizer and tape music. After traveling to New York In 1968, she met Fluxus artists Dick Higgins and Alison Knowles and developed fruitful collaborative relationships with many composers in the bur- geoning American avant-garde, including, most significantly, Henry Flynt and La Monte Young. Young introduced Hennix to Hindustani raga master Pandit Pran Nath, and she would later study intensively under him. While Hennix continued to make music performing alongside Arthur Russell, Marc Johnson, Henry Flynt, and Arthur Rhames, she also served as a professor of Mathematics and Computer Science at SUNY New Paltz and as a visiting Professor of Logic (at Marvin Minsky’s invitation) at MIT’s Artificial Intelligence Laboratory. In recent years Hennix has led the just-intonation ensemble the Chora(s)san Time-Court Mirage. She currently resides in Berlin, Germany, where she is active as a composer and writer. A two-volume collection of her writing is forthcoming from Blank Forms.

Audio restoration and mastering by Stephen Mathieu, thanks to Hilary Jeffery and Marcus Pal.

Guests include Kassa Overall and Muriel Grossman, plus an LP of the week by Van Hunt.